SQL can be used for business intelligence (BI) applications that combine data retrieval, analysis, and computation. These computations are more complex than what we see in OLTP systems. If you're interested in getting into data warehousing (DWH) or business intelligence, you need to go beyond plain SQL and start digging into the analytical functions (also known as window functions, windowing functions, or OVER clauses).

As stated, this article will get you started with SQL analytical functions. First, let's have a quick look at the history of using SQL in BI. We'll also consider the basic processes involved in using SQL to partition, order, and analyze data.

BI applications are used for a variety of data-related activities. Common computations include:

Plus, analysts were required to possess a complex skill set involving data retrieval, procedural coding, external tool usage and business domain knowledge. This mix of skills is not common, and companies found it difficult to locate individuals who could do everything needed.

During this time, the use of standard SQL in BI was causing poor development productivity and poor app performance. Productivity was poor because a BI application developer had to use SQL relational statements mixed in with procedural code (Oracle PL/SQL). Performance was slow because the SQL compiler often created poor execution plans for complex statements, and even worse ones for mixed statements.

The need was clear: overcome these deficiencies and enable RDBM systems to support BI/DWH more fully. This resulted in major SQL extensions for both processing and specification. You know these extensions as the analytical functions we find in all of the major DBMS vendors' SQL syntaxes.

Executing analytical functions organizes data into partitions, computes functions over these partitions in a specified order, and returns the result.

Processing analytical functions is done after GROUP BY and row filtering (WHERE). This is so that the calculations can be performed on the grouped results. The returned rows are ordered after the functions have been processed.

We place analytical functions in the SELECT list, just as we would with any other result columns in a SQL SELECT statement.

Let's take a look at the basic syntax of an analytical function:

We can see that the analytical function consists of a function with an over keyword and an optional list of columns for ordering. The ordering indicates criteria for function evaluation, not the final ordering of results. This will become clear later as we look at examples.

We will now consider the most common analytical functions used in DWH/BI. To do this, we will access a simple data mart and build our queries on that.

The following data mart model is a simple star schema for tracking and analyzing retail sales:


Let's begin with the ranking functions.

RANK is a simple analytical function that does not take any column list arguments. It returns a number or a rank based on the ordering of the rows; the ordering is based on a defined condition.

Let's look at an example product list. We will rank products based on their unit price, from the cheapest to the most expensive.

The ORDER BY clause is mandatory in a RANK function, as we will be listing products in either ascending or descending order.

The result set in ascending order would be:


The descending version, where we go from most to least expensive, would be delivered by this code snippet:

DENSE RANK works like RANK in that it needs no additional arguments and it ranks items in descending or ascending order. The only difference is that DENSE RANK does not allow "gaps" between groups.

So, if we expand the rowset from the previous example...


DENSE_RANK computes the row after the identical product_unitprice razors as the next ordinal number; RANK leaves a gap so that the next value displayed after an identical-value group is larger for the count. In our case, RANK shows a "4" after the two identical values; DENSE_RANK shows a "3".

NTILE divides rows into equal groups and returns the number of the group that the row belongs to. This function is not as widely used as either RANK or DENSE RANK.

For example, NTILE can be used to divide rows into three divisions:

ROW NUMBER is different than DENSE RANK and RANK in that it does not treat identical values in any special way. It simply lists them as they occur in some order.

Let's look at the example:

So beware. Many mistakes are made by the misuse of ROW_NUMBER on datasets with non-unique arguments.

We commonly use ranking functions when filtering data. So if we would like to filter the top three razors by price using DENSE_RANK, it would look like:

LEAD returns an offset (incrementally increased) value of an argument column. The offset amount can be defined in the code; its default amount is "1". The new value is returned in the same row.

Here's the syntax for LEAD:

The default value is returned if the offset points to non-existent row. The offset value follows the initial value and is applied by the direction of order.

Let's return our previous example and use the LEAD function to look at price increases. We'll define product_unitprice as the value, with an offset of 1 and a default value of null:

Let's look at the result set:


To make this clearer, let's visualize the shift in data values :

We see the LEAD function is "taking" the 1 offset value in the direction of the analytical function's order.

LAG is the opposite of LEAD. We can even implement LAG using LEAD and vice versa. The difference is in the direction we look for the offset value.

Here's the syntax for LAG:

If we rewrite the previous example with a changed order direction, we get the same results.


LEAD and LAG are important in the development of ETL using pure SQL batch statements. We will cover the implementation of various algorithms in later posts.

SUM gives us the sum of an entire set or group of values.

This function is pretty self-explanatory. If we define the sum function as an analytical function, we get the sum of the whole set or group defined in every row.

Here's the syntax for SUM:

So if we look at this example...

...we get the sum of every product category in every row:


The same applies to MEDIAN, AVG (a.k.a. MEAN), or any other summary function. Their syntaxes are similar enough that we won't go into them here, but this is what they look like:

Summary functions can be defined with the ORDER BY clause. When we include this clause, the function is calculated on the current row and every preceding unique row.

Look at this SUM example:

We know that the summary of sales_units is accumulative for every unique date – the date's uniqueness is important – as defined in the ORDER BY part of the analytical function. Below, we see the results:


If we would have omitted this unique value requirement on the ORDER BY column, the return value would have been the sum of the non-unique row and every preceding row.

This type of summarization is called a running sum. It comes in handy when we're dealing with common algorithms, such as the ones we will cover in upcoming articles.

Partitioning is optional in an analytic function. A partition statement is followed by a list of columns.

PARTITION BY defines the partition, -- the group of rows on which a function is performed. Do not confuse PARTITION BY with the GROUP BY part of an SQL statement.

We can redefine our previous ranking example by creating partition groups for the product_category column like this:

The ranking is done within product categories. The results are:

We tie window concepts to changes in numeric variables (i.e. stock prices or sales). Windows are typically defined by time intervals, like years or months. Some examples of window comparisons are:

The syntax of window functions is optional and is included after the ordering:

Physical windows are specified by absolute values of rows we offset before and after the current row.

Logical windows are specified by values, such as a number of days. Numeric variables are calculated in moving windows so that the variables can be compared across windows.

Windows can be cumulative (as with the running summability example) or sliding, as we will see in the coming examples.

Examples of physical-row windows are:

Let's look at the example:

And the result set:


As we see in the result set, the ROWS_UNBOUNDED window expands to include the current row and all the following rows. The running sum, on the other hand, summarizes values by the 2016-01-01 date.

Now let's take a look at the logical window specification.

Logical windows are indicated by the RANGE keyword coupled with an ordering variable, such as a number of years or a shipment date. These values indicate the start and end of a window.

Examples of logical windows are:

A window bound by ranges specified in days and years will be the same most of the time. Can you guess when it won't be the same?

This picture best describes the difference between logical and physical windows:

The left side displays the window for ROW BETWEEN 1 FOLLOWING AND 1 PRECEDING and the right side displays the windows for RANGE BETWEEN 1 FOLLOWING AND 1 PRECEDING. The RANGE windows take into account all the days that precede the current date because they are all one logical unit. The ROW window only takes one preceding physical row.

Let's return to our example with the sales fact table:

Since we are defining logical rows for dates, we had to cast the DIM_TIME_ID to the date value to define the date logical row. We should stress that a single DIM_TIME_ID represents a single day and that every day has a corresponding time_id. We enforce this with a 1..n relationship from the fact table to the dimensional table.

We get different results for each analytical function:


We can see that SUM_SALES_UNIT is summarizing the result for the date 01.01.2016, ROW is moving its physical window through the rows, and RANGE is summing up all the sales in a three-day window. 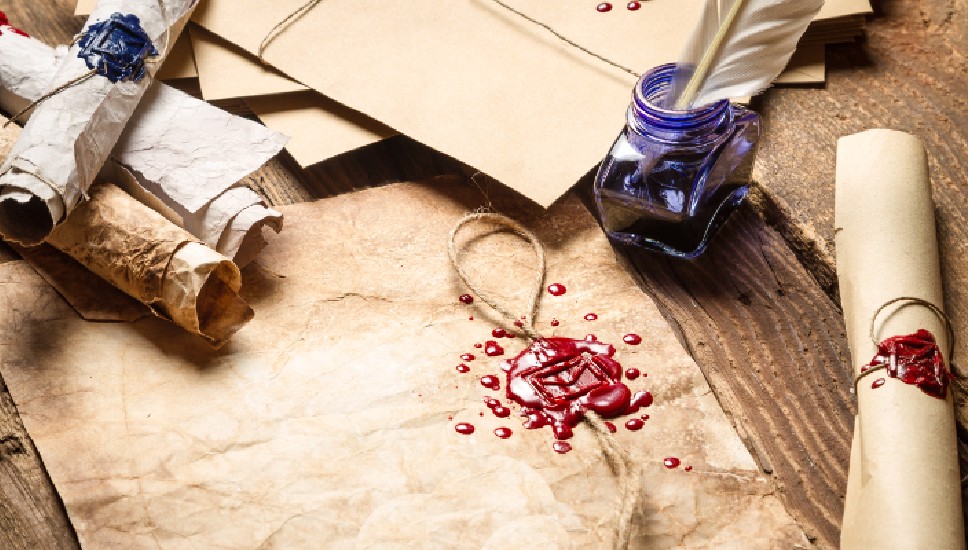 Window Functions in SQL Server: Part One: The OVER() Clause
Window functions were first introduced in standard SQL 2003 and then extended in SQL 2008. Since SQL Server 2005, Microsoft has been steadily improving window functions in the database engine. These functions perform an aggregate operation against a user-defined range of rows (the window) and return a detail-level value for each row.
Read more 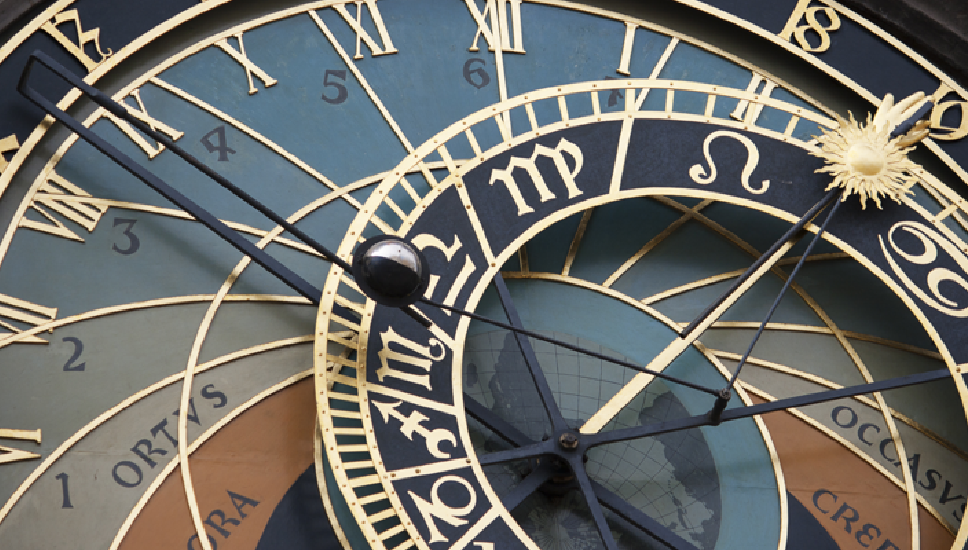 The Most Useful Date and Time Functions
Date and time functions and formats are quite different in various databases. In this article, let's review the most common functions that manipulates dates in an Oracle database.
Read more 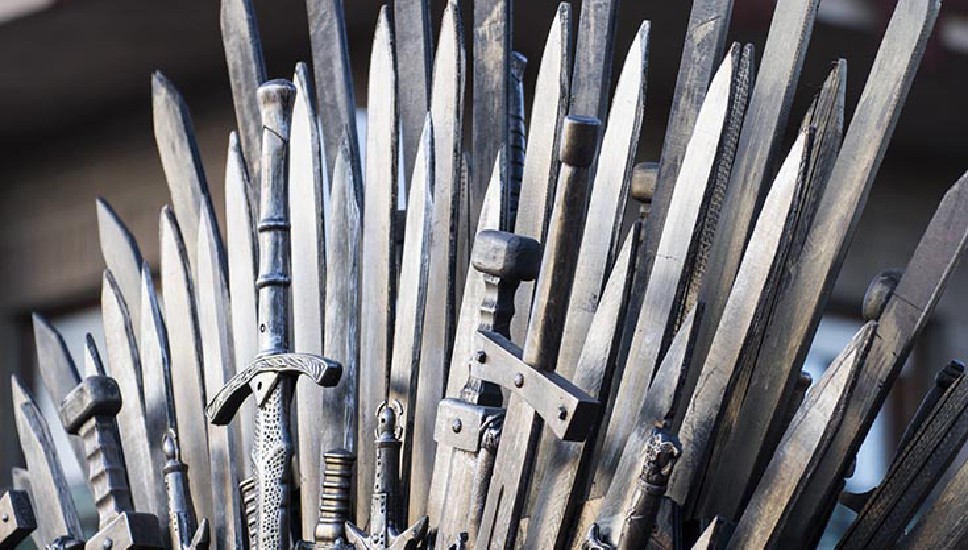 Window Functions: Part Two: Aggregating Data
In part one of this series on SQL Server window functions, the functionality of the OVER() clause was discussed. This article will focus on aggregate functions. The majority of these can be used in conjunction with OVER. Some, like SUM() and AVG(), are widely used. Others — including VARP() and CHECKSUM_AGG() — are not as well-known, but are potentially quite useful.
Read more 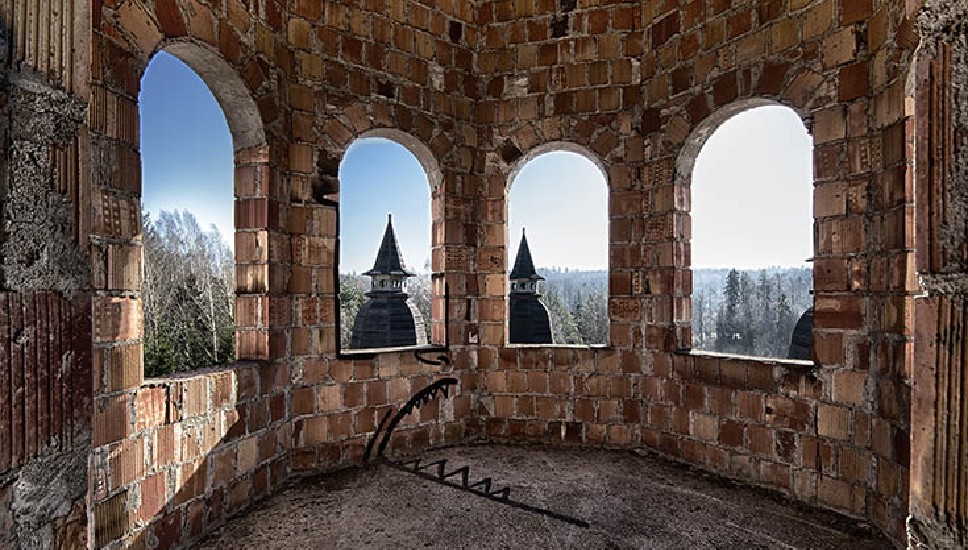 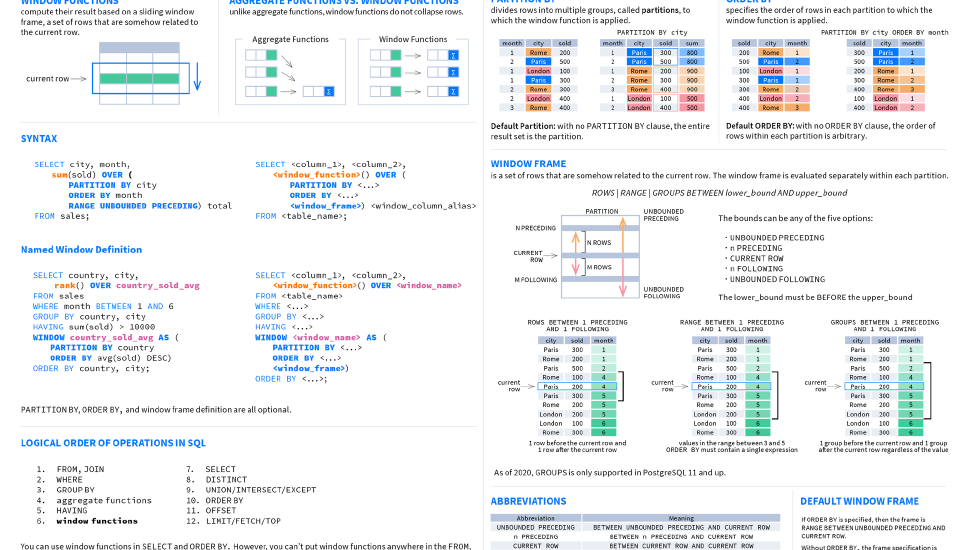 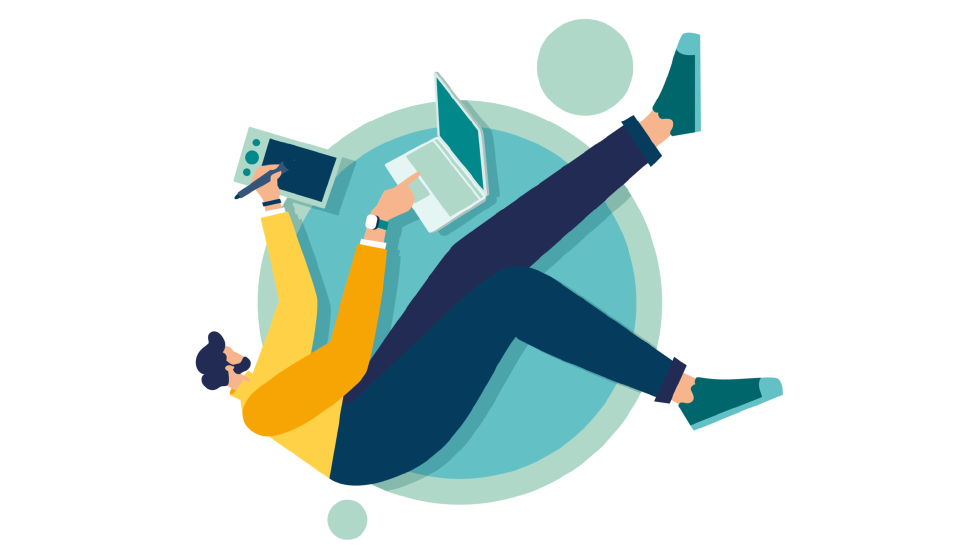 How to Practice SQL Window Functions at Home
Find out how to approach and structure your SQL window function practice time. Learn about the obstacles you’ll face and how to avoid them.
Read more 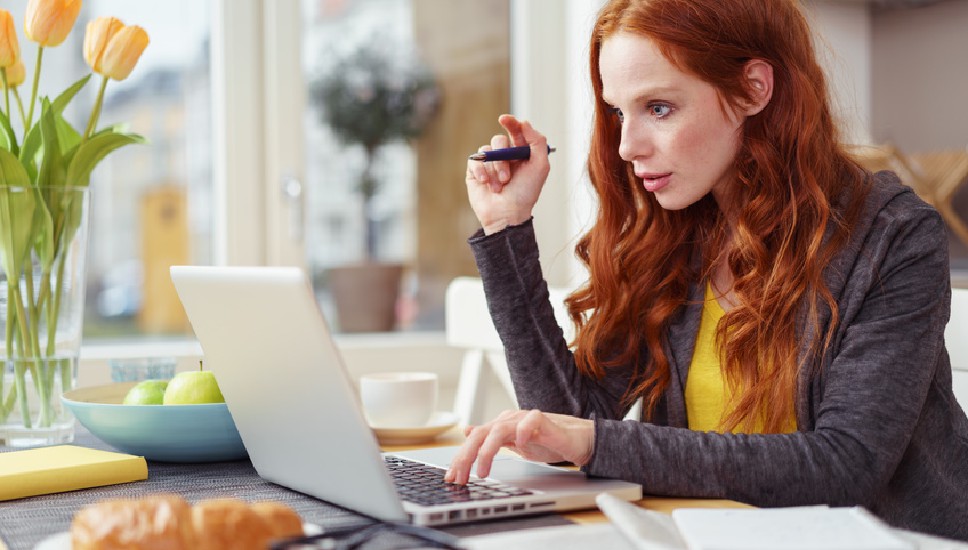