Many interesting job positions require SQL skills – and that includes window functions, which are not commonly taught in online courses. In this article, I will cover the top window function questions for every experience level.

If you’re going for a job interview for an advanced SQL position or for intermediate to advanced data analyst positions, you’ll probably be asked about your knowledge of SQL window functions. Don’t panic! Although these functions aren’t commonly covered in online courses, we’ve got the answers right here.

The idea of this article is to help you prepare for questions on different window functions subtopics. We cannot give you the exact question you will receive, but we can be fairly certain about the topics to which the questions will point.

In some cases, the question can be very open, leaving the decision about what window function subtopic to cover entirely to you. In this case, you should know the relative importance of each subtopic. For starters, you should be prepared for an open question like:

1. What Is a Window Function in SQL?

Window functions are similar to aggregate functions in that they compute statistics for a group of rows. However, window functions do not collapse rows; they keep the details of individual rows.

Aggregate functions are those that you use with GROUP BY. This includes:

In the ranking category:

For detailed information, see this article about ranking functions.

In the analytic category, the functions LEAD(), LAG() or FIRST_VALUE() allow us to obtain data from other rows in the same window. LEAD() returns values from rows below of the current row; LAG() from rows above the current row. For more details, see  our article on LEAD vs LAG.

Finally, in the distribution category there are functions like PERCENT_RANK() and CUME_DIST() that can obtain percentile rankings or cumulative distributions. Check out our Window Functions course for step-by-step instructions on how to use these functions.

In this query, the window function RANK() is used to rank employees by salary. Later in this article, we’ll discuss the syntax of the OVER() clause and the PARTITION BY and ORDER BY sub-clauses in detail. For now, we’ll only say that they are used to define which records make up the window frame.

All subclauses of OVER() are optional and can be omitted. In that case, functions will be performed on the entire window frame.

The following SQL shows the OVER() clause at work:

The article What Is the OVER Clause? has a complete explanation of the OVER clause.

3. Describe the Difference Between Window Functions and Aggregate Functions.

We’ll show two SQL queries that return the department name and the max salary of each department. In the first example, we will use MAX() as an aggregate function:

Below, we can see the result of the previous query. Notice that there is one record per department due to the collapsing effect of the GROUP BY clause:

In the next example, we’ll obtain a similar but slightly different result by using MAX() as a window function:

As we previously mentioned, window functions do not collapse records. In the following result, we have one row per employee for a total of 5 rows:

Note that we added the columns employee_name and salary just by adding their names to the list of columns in the SELECT. We could not add them to the query with GROUP BY because of the collapse limitation.

In the article SQL Window Functions by Explanation, you can find a detailed explanation of the differences between aggregate and window functions.

4. What’s the Difference Between Window Functions and the GROUP BY Clause?

The following SQL query is equivalent to the previous one, but it uses window functions instead of GROUP BY:

I suggest the article SQL Window Functions vs. GROUP BY for a complete comparison between window functions and the GROUP BY clause.

This is a good opportunity to mention a query that shows the importance of window functions and at the same time is connected with the queries we showed in previous questions. The query I suggest would solve this task: “Obtain employees’ names, salaries, department names, and the average salary of that department.”

Above, we can see the row-level columns employee_name, salary, and department with the average salary of each department, which is calculated by the AVG() window function. The PARTITION BY sub-clause defines that the windows of records will be created based on the value of the department_name column. All records with the same value in department_name will be in the same window. The results would look something like this:

The analytic functions include LEAD(), LAG(), FIRST_VALUE(), LAST_VALUE(), and NTH_VALUE(). These functions allow us to obtain data from rows other than the current row (e.g. the previous row, the next row, the last row within a window frame, etc). The NTILE() function divides rows within a partition into n groups and returns the group number.

Finally the distribution functions PERCENT_RANK() and CUME_DIST() allow us to obtain data about the percentile or cumulative distribution (respectively) for each row in the window.

I prefer analytic functions because they allow us to compare or calculate the differences between different records within the window (among other things). For example, if I have a time series with stock values, I could calculate how much the stock increased at each moment.

Here’s another example of analytic functions. The LEAD() and LAG() analytical window functions return a column from a subsequent/previous row. So, if we have a table with cryptocurrencies, with a timestamp and a quote value ...

The % Variation column was calculated with this type of expression:

Note that the cryptocurrency value of the previous timestamp can be obtained with:

If you want to go deep with LAG() and LEAD(), I suggest reading the article The LAG() Function and the LEAD() Function in SQL. It has a detailed explanation about how window functions work in ordered windows.

7. How Do You Define the Window Frame?

Window functions calculate an aggregated result based on a set of records called the “window” or “window frame”. Window frames are defined by the OVER() clause.

An empty OVER() clause means that the window is the entire dataset:

The above query computes the average salary and displays it next to the other employee details for all employees in the table.

There are several sub-clauses that can be placed inside the OVER() clause to precisely define a window.

The PARTITION BY sub-clause specifies that all records having the same value in a given column belong to the same window. In other words, PARTITION BY specifies how the window is defined. Thus, the following query computes the average salary for each department; the calculations are performed based on groupings of the values in the department_name column.

ORDER BY can also be used inside OVER(). It’s used to put window rows in a specific order. Ordered windows are very important because they enable the use of several analytical functions like LAG(), LEAD(), and FIRST_VALUE().

This query displays the salary of the employee immediately before the current employee in the salary order. Note that you can combine ORDER BY and PARTITION BY clauses in one query: the ordering is applied to each partition individually.

Two similar OVER() sub-clause are RANGE and ROWS. They define limits for the window frame by putting upper and/or lower limits to the window of records. This means window functions can be calculated based on a subset of rows instead of all the rows in the window. The difference between ROW and RANGE is explained in detail in our SQL window functions cheat sheet. More on ROWS and RANGE and the different limit options available will be explained in the next two questions.

8. How Does ORDER BY Work with OVER?

Some window functions (like LAG(), LEAD(), and FIRST_VALUE()) work on an ordered window of records. When using one of these functions, we need the ORDER BY sub-clause to define the order criteria. A good example of that is the previous query we used to calculate the variation percentage for cryptocurrencies:

In the above query, the OVER clause has two sub-clauses: PARTITION BY and ORDER BY. PARTITION BY defines which records are in each window and ORDER BY defines the order of the records in the window. (In this example, we order records based on their timestamp.) Then the LEAD() function returns the value of the previous record.

The window functions that require an ORDER BY sub-clause are:

To understand more about how ORDER BY works, check out the article How to Calculate the Difference Between Two Rows in SQL.

9. Explain What UNBOUNDED PRECEDING Does.

A window frame is a set of rows that are somehow related to the current row, which is evaluated separately within each partition. When we use the ORDER BY clause, we can optionally define upper and lower limits for the window frame. The limits can be defined as:

In the following image, we can see how different limits function:

For example, if we want to obtain the average value of a cryptocurrency considering only the values occurring up to the current value, we can use the following OVER() clause:

In this OVER() clause, we defined the CURRENT ROW as the upper limit of the window to calculate the average. This is exactly what we need, as we don’t want to include values registered after the current timestamp in the average calculation.

10. Describe SQL’s Order of Operations and Window Functions’ Place in This Order.

The sub-clauses of an SQL SELECT are executed in the following order:

Because window functions are calculated during step 6, we cannot put them in the WHERE clause (which is calculated in step 2). However, we can bypass this limitation by using a CTE (common table expression), where we can call window functions and store their results as columns in the CTE. The CTE will be treated like a table and the window function results will be evaluated as regular column values by the WHERE.

There is an interesting article on why window functions are not allowed in WHERE clauses that you should read if you’re looking for some examples.

Try to associate each question in this article with a window function topic, like “OVER clause”, “name a function” or “ORDER BY sub-clause”. Then, if you are asked about window functions during the interview, identify the topic of the question and use the information here to discuss the topic.

If you want to go deeper with SQL window functions, I suggest the article Course of the Month – Window Functions, which describes our Window Functions course. Growing your skills is an investment that might very well help you land the job! 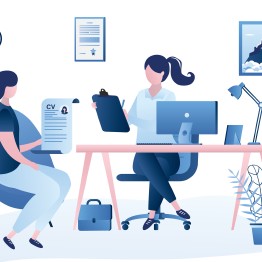 Advanced SQL Interview Questions (and Answers)
Here are ten common questions you might hear during an advanced SQL interview. We also have the answers for you.
Read more 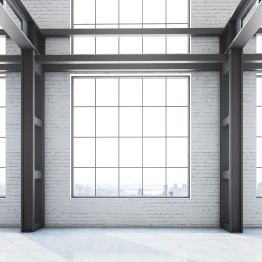 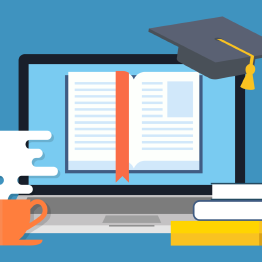 Why Learn SQL Window Functions in 2021?
Learn why data scientists and data analysts should master SQL window functions, one of the most powerful tools to help solve complex query challenges.
Read more 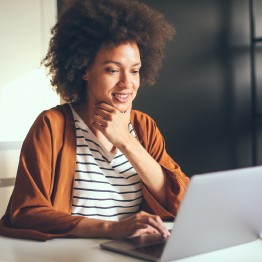 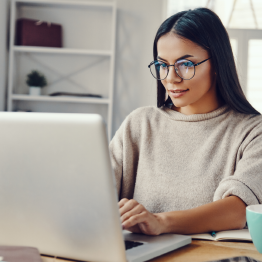