This article will show you how and when to use CASE in an ORDER BY clause.

Don’t worry if you’ve never used a CASE statement. I’ll show and explain it to you with a short example. Then I’ll move to other uses of the CASE statement, especially in an ORDER BY clause.

If you want to practice using CASE statement, I recommend our interactive course Creating Basic SQL Reports. It contains almost 100 exercises and is focused on using CASE in practical SQL problems. If you want multiple knowledge sources, here’s an article explaining what CASE is.

What Is a CASE Statement?

To put it very simply, it’s an SQL statement that goes through and returns values according to the conditions specified. It is SQL’s way of writing the IF-THEN-ELSE logic and consists of five keywords: CASE, WHEN, THEN, ELSE, and END.

When used in a SELECT statement, it works like this: if it is the case when the condition is met, then return a certain value, or else return some other value, and end checking the conditions. The syntax looks like this:

I think this syntax is best explained by how it works in an example. The most basic use of CASE is in a SELECT statement, so let’s start with an example.

Here’s the table films I’ll use in this example:

Now, say we want to write a query that, along with the columns from the table, shows an additional column with the century in which the title was filmed. An example query looks like this:

Let’s see the results of the query:

Is CASE Used Only in SELECT Statements?

Nope! Although it is most often used there, CASE is not limited to SELECT statements. For example, you can use it in clauses like IN, WHERE, HAVING, and ORDER BY.

Using a CASE statement in a query once doesn’t mean you have hit your quota for using it. You can use it multiple times in a single query. Or you can use it just once. This means you don’t need to have CASE in SELECT if you just want to use it in an ORDER BY.

Speaking of which, the main point of this article is to show you how the CASE statement works in an ORDER BY clause. I’m getting there now.

When Is a CASE Statement Used in an ORDER BY?

The ORDER BY clause is used to sort the result in either ascending or descending order. Want a refresher on how it works? No problem! This article explains what an ORDER BY does.

Introducing a CASE statement here can enhance your ORDER BY by allowing you to order results by some other (and multiple) criteria. For example, you can use it when you want to sort string values according to some criteria other than alphabetical order, such as by the hierarchical positions of job titles in a company.

Using a CASE statement also allows you to sort data according to multiple criteria. For example, you may want to sort your users by country and name, but by country and state instead if they are from the U.S.

I’ll show you a practical example, and you’ll immediately know what I’m talking about.

CASE in ORDER BY

Here, we’ll be working with the table shops, which contains the following data:

We have to order the data by country first. Then, every shop within the same country should be sorted by city. If the shop is in the U.S., we need to sort it next by the column state. The code that solves this little problem is:

It selects all the columns from the table shops. It then orders the result first by country, then by the criteria in the CASE statement. It says if country = 'USA', then the result is sorted by state. If it’s not, then it is sorted by city.

It looks like this code indeed returns the desired result:

Other Uses of the CASE Statement

You can also use the CASE statement with keywords other than the ones I have mentioned. For example, you can use it with DESC. Let’s say I put it in the above code:

We can see the result here:

Want to Learn More About the CASE Statement?

It probably comes to you as a surprise that CASE statements aren’t used only in SELECT statements. You’ve seen it come in handy when used with an ORDER BY. It opens up the possibilities for ordering query results.

That’s not the end. The CASE statement can be used with some other statements and keywords, such as data modifying statements, or even DESC, IN, WHERE, and HAVING.

Now it’s time to learn more and practice what you learn. You get all that with our Standard SQL Functions course. This course is a part of a much wider track named SQL from A to Z. What are you waiting for? 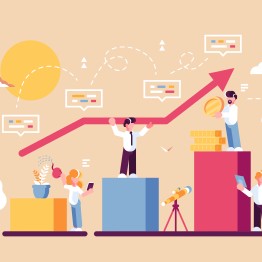 What Is CASE in SQL?
Do you want to learn how to use SQL CASE statements? This article dives into what SQL CASE is and how to use it, allowing you to create powerful SQL queries.
Read more 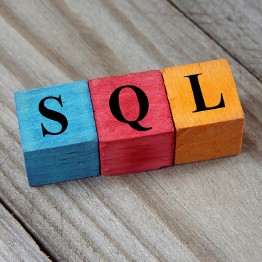 Using CASE to Add Logic to a SELECT
When you need to add IF-THEN logic to a SELECT statement, CASE is here to help. You should know that there are two kinds of CASE expressions: ...
Read more 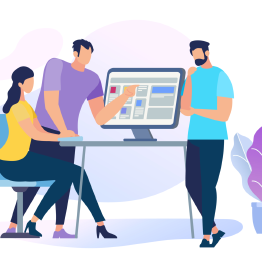 What Does ORDER BY Do?
We’ll go through multiple examples to see how SQL ORDER BY sorts data according to one or more columns in ascending or descending order.
Read more 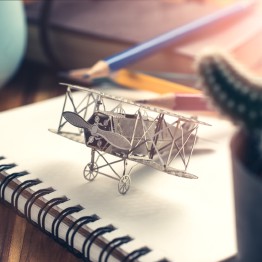 Using CASE with Data Modifying Statements
The CASE expression is a useful part of #SQL and one that you'll employ frequently. What happens when you combine CASE with SQL's data modifying statements?
Read more