At the heart of every window function call is an OVER clause that defines how the windows of the records are built. Within the OVER clause, there may be an optional PARTITION BY subclause that defines the criteria for identifying which records to include in each window. Read on and take an important step in growing your SQL skills!

What Is the PARTITION BY Clause in SQL?

The SQL PARTITION BY expression is a subclause of the OVER clause, which is used in almost all invocations of window functions like AVG(), MAX(), and RANK(). As many readers probably know, window functions operate on window frames which are sets of rows that can be different for each record in the query result. This is where the SQL PARTITION BY subclause comes in: it is used to define which records to make part of the window frame associated with each record of the result.

The first thing to focus on is the syntax. Here’s how to use the SQL PARTITION BY clause:

Let’s look at an example that uses a PARTITION BY clause. We will use the following table called car_list_prices:

For each car, we want to obtain the make, the model, the price, the average price across all cars, and the average price over the same type of car (to get a better idea of how the price of a given car compared to other cars). Here’s the query:

The result of the query is the following:

The above query uses two window functions. The first is used to calculate the average price across all cars in the price list. It uses the window function AVG() with an empty OVER clause as we see in the following expression:

The second window function is used to calculate the average price of a specific car_type like standard, premium, sport, etc. This is where we use an OVER clause with a PARTITION BY subclause as we see in this expression:

The window functions are quite powerful, right? If you’d like to learn more by doing well-prepared exercises, I suggest the course Window Functions, where you can learn about and become comfortable with using window functions in SQL databases.

Going Deep With the SQL PARTITION BY Clause

The GROUP BY clause groups a set of records based on criteria. This allows us to apply a function (for example, AVG() or MAX()) to groups of records to yield one result per group.

As an example, say we want to obtain the average price and the top price for each make. Use the following query:

Here is the result of this query:

For example, say you want to create a report with the model, the price, and the average price of the make. You cannot do this by using GROUP BY, because the individual records of each model are collapsed due to the clause GROUP BY car_make. For something like this, you need to use window functions, as we see in the following example:

The result of this query is the following:

For those who want to go deeper, I suggest the article ““What Is the Difference Between a GROUP BY and a PARTITION BY?” with plenty of examples using aggregate and window functions.

In addition to the PARTITION BY clause, there is another clause called ORDER BY that establishes the order of the records within the window frame. Some window functions require an ORDER BY. For example, the LEAD() and the LAG() window functions need the record window to be ordered since they access the preceding or the next record from the current record.

A window frame is composed of several rows defined by the criteria in the PARTITION BY clause. However, we can specify limits or bounds to the window frame as we see in the following image:

The lower and upper bounds in the OVER clause may be:

There is a detailed article called “SQL Window Functions Cheat Sheet” where you can find a lot of syntax details and examples about the different bounds of the window frame.

The SQL PARTITION BY Clause in Action

In this section, we show some examples of the SQL PARTITION BY clause. All are based on the table paris_london_flights, used by an airline to analyze the business results of this route for the years 2018 and 2019. Here’s a subset of the data:

The first query generates a report including the flight_number, aircraft_model with the quantity of passenger transported, and the total revenue. The query is below:

Since the total passengers transported and the total revenue are generated for each possible combination of flight_number and aircraft_model, we use the following PARTITION BY clause to generate a set of records with the same flight number and aircraft model:

Then, for each set of records, we apply window functions SUM(num_of_passengers) and SUM(total_revenue) to obtain the metrics total_passengers and total_revenue shown in the next result set.

In the next query, we show how the business evolves by comparing metrics from one month with those from the previous month. We create a report using window functions to show the monthly variation in passengers and revenue.

For our last example, let’s look at flight delays. We want to obtain different delay averages to explain the reasons behind the delays.

We use a CTE to calculate a column called month_delay with the average delay for each month and obtain the aircraft model. Then in the main query, we obtain the different averages as we see below:

This query calculates several averages. The first is the average per aircraft model and year, which is very clear. The second is the average per year across all aircraft models. Note we only use the column year in the PARTITION BY clause. The third and last average is the rolling average, where we use the most recent 3 months and the current month (i.e., row) to calculate the average with the following expression:

The clause ROWS BETWEEN 3 PRECEDING AND CURRENT ROW in the PARTITION BY restricts the number of rows (i.e., months) to be included in the average: the previous 3 months and the current month. You can see a partial result of this query below:

The article “The RANGE Clause in SQL Window Functions: 5 Practical Examples” explains how to define a subset of rows in the window frame using RANGE instead of ROWS, with several examples. Another interesting article is “Common SQL Window Functions: Using Partitions With Ranking Functions” in which the PARTITION BY clause is covered in detail.

The Power of Window Functions and the SQL PARTITION BY

Window functions are a very powerful resource of the SQL language, and the SQL PARTITION BY clause plays a central role in their use. In this article, we have covered how this clause works and showed several examples using different syntaxes.

Before closing, I suggest an Advanced SQL course, where you can go beyond the basics and become a SQL master. If you want to read about the OVER clause, there is a complete article about the topic: “How to Define a Window Frame in SQL Window Functions.” Improve your skills and grow your assets! 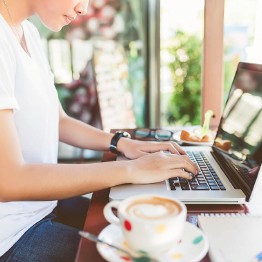 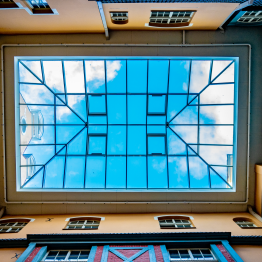 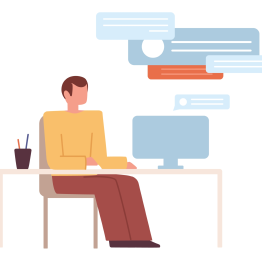