Primary keys are an important concept in SQL databases. They provide a unique ID for every row in a database table. As an SQL developer, you should know what primary keys are, what data values are allowed in them, and how to create them. Read this article to learn the ABCs of primary keys in 10 minutes.

How to Identify Rows in a Table

Tables are the main objects in an SQL database, and as you probably know, tables store records or rows. In order to identify each row of a table, we need to find a column in the table that has a different value for every row.

Not all tables have a natural identifier like this though. We’ll talk about this later in the article.

What Is a Primary Key?

In the case of the table citizen, a row with a NULL value in the social_security_number column will be rejected by the primary key. In other words, primary keys guarantee all rows in the table have unique and non-null values in the primary key column.

How to Create a Primary Key

Suppose we want to create the table citizen as seen below:

Now, let’s talk about the SQL syntax for creating a primary key. If we want to define a primary key for the table citizen, we can create the table in the following way:

We used the PRIMARY KEY clause in the CREATE TABLE statement to define which column is the primary key. After defining the primary key, if we try to insert a new record with a duplicate value in the social_security_number column, the INSERT will fail with the following error:

At this point, I want to share a question that I have heard several times. Is it mandatory to have a primary key in each table? No, it is not. You can create an SQL table without defining a primary key.

However, database modeling best practices suggest creating a primary key for every table in the database. If you have a primary key, you can be sure you will not have duplicates and NULL values in the primary key column.

Before continuing to the next section, I would like to suggest the article How to Create a Table in SQL where you can learn about data types and NULL constraints among other important concepts.

In previous examples, we showed only numeric primary keys. However, it is possible to have primary keys of other data types.

For example, let’s suppose we have a table that stores all the airports in the world. Some of the columns are airport_name, airport_city, airport_country, and airport_code. The airport code is a unique three-letter code assigned to each airport by an international aviation organization. We can use this non-numeric code as the primary key.

The following SQL command creates the table airport with a primary key in the column airport_code:

Note that we use a char(3) data type for the airport_code to store the three-letter code.

Another example is a table with all of the registered properties in a specific state. Each property is identified by a two-letter property ID code followed by an eight-digit number, like BV-11234134. The property_id column can be the primary key.

Because property_id is a combination of letters and numbers, we use a char(11) data type to store it.

Although non-numeric primary keys are technically feasible, numeric primary keys tend to perform better. Databases operate more quickly with numbers than strings. In some cases, when performance is critical, you should consider adding a numeric column to be used as an artificial primary key.

For example, if we decide to add a numeric column to the flight table in order to use it as a primary key, we would write the following command:

Primary Keys With More Than One Column

However, what about if a customer wants to make two reservations for the same day: one for lunch and one for dinner? The database will reject the second reservation record due to a duplicate primary key value. To avoid this situation, we can add a third column to the primary key: reservation_time.

The excerpt of the table reservation below has two rows that will not be possible to store if the primary key is formed only by customer_name and reservation_day.

In general, tables used to connect two other tables are good candidates for multi-column primary keys. Suppose we have a database for a university, where we have the tables course and student. To represent the enrollment of students in courses, we have a table called enrollment with columns student_id, course_id, and start_date among others.

If you want to go deeper and learn more about how to create tables, views, and indexes, I suggest the course Creating Database Structure which has many examples and exercises.

Next Steps With Primary Keys 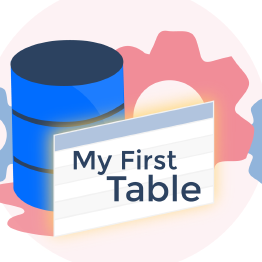 How to Create Your First Table in SQL
Use the CREATE TABLE SQL statement to create your first database table.
Read more 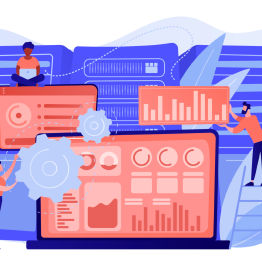 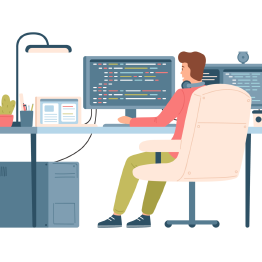 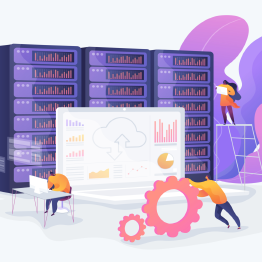 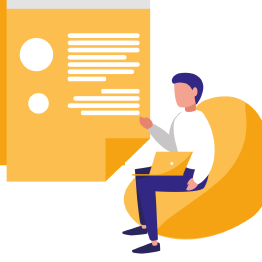 TRUNCATE TABLE vs. DELETE vs. DROP TABLE: Removing Tables and Data in SQL
What’s the difference between DROP TABLE, TRUNCATE TABLE, and DELETE in SQL? We’ll look at the syntax of each operation and discuss their usage, details, and differences.
Read more 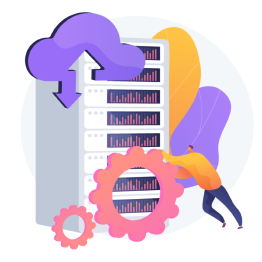 How Much Do Data Engineers Earn in 2020?
Are you thinking of becoming a data engineer? Find out if it pays off and why it is one of the fastest growing branches of the IT industry.
Read more 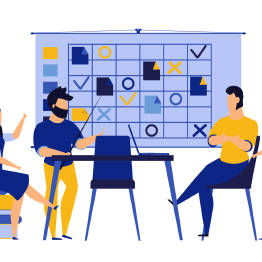 How to Create a Table in SQL
How do you create a table in a relational database? Who designs database tables? We’ll discuss the syntax of the SQL CREATE TABLE command and how to use it.
Read more